Many of you have been anxiously awaiting the arrival of chapter 2. It is the shortest of my chapters so far, but I plan on lengthening it when go back through and edit different plot holes and mistakes that I may have made or left out. At approx. 1,674 words, there’s not much to it, but I hope you enjoy the first draft of this chapter nonetheless. If you happened to miss the first chapter, you can catch up on it here. So without further delay, here it is!

Penni entered the schoolroom that was currently housing their History class. She sat down at her desk and looked around. She saw Margaret behind her fixing her dirt streaked blonde hair, and Mr. Summerset writing the assignment on the chalkboard. When her eyes landed on Skip Hilton, her heart skipped a beat. He noticed her looking at him through the corner of his eye and turned to meet her gaze. He smiled his crooked little grin and asked, “How are you Penni? What’s going on? Is everything alright?”

She felt the strange feeling inside her that she had felt in the dining hall this morning. She pasted a smile on her face that she thought would satisfy his curiosity as to the state of her mood, and replied, “Nothing much really and I am doing well, everything is just peachy. Thanks for asking.”

His eyes lingered on hers for a moment. He felt butterflies fluttering in his stomach when she spoke to him. “I wish these stupid things will go away soon. It’s really weird how I only get them when Penni is around.” Skip thought to himself. He turned his attention back to the front of the classroom, not believing the fact that everything was as “peachy” as she said things were. He knew today was going to be hard for many of the orphans that resided here, but he had a feeling that wasn’t the only thing bothering Miss Joy.

Penni looked toward Coleen’s seat and then back toward Mark’s. Both of them were the only one’s missing from the classroom.

“Huh, I wonder if what those girls were saying is indeed true.” Penni said deep in thought.

Outside the classroom door, Mark and Coleen stood arguing. “We need to go in separately, so people won’t start to get any ideas about us. Let me go in first, then after a few minutes you can walk in.,” suggested Coleen.

“But that will make me late, won’t it? I defiantly can’t afford any more late entrances.” Mark replied.

“I guess it will, but we are late as it is, so I don’t think that it will make a difference. I can already hear Mr. Summerset calling attendance. You’ll do it for me, right honey bear?” she asked in her sweet, little tone.

She walked toward him to fix his tie, “I hate these things, and they are so annoying!” Mark said trying to fix it himself, to buy a little time, so he could think of an answer. Despite his efforts, she had to help him in the end.

“I’m truly sorry Coleen, but like I said, I can’t afford going into class late.” He walked into the classroom and took his seat all eyes were on him.

“I can’t believe him! I cannot believe that he would do such a thing to me! And after I helped him with his tie, he should owe me!”

After a few minutes had passed, Coleen walked through the door to the classroom still hot at the fact he left her high and dry.

“Miss Harper, it is so nice of you to join us. I wish to know, are you aware of what time it is?” asked Mr. Summerset.

“Yes sir, I do.” With her head down low, Coleen walked toward her desk and took her seat.

“We start our class promptly at nine, anybody who is tardy will be sent to the Head Mistress for discipline.”

“I am truly and deeply sorry sir. I promise you that it won’t happen again.”

“And I will hold you to that promise. Next time you will turn right around and walk straight to the Head Mistress. Do you understand?” the teacher asked.

“Yes sir.” Coleen chanced a look back at Mark and gave him the dirtiest of looks. It was all she could do to keep herself from smacking him in front of the whole class. The look would have to do for now, and judging by his response, the message was received.

Later in the day, Penni leaned over her desk and tapped Coleen’s shoulder to get her attention, “I really have to talk to you later, after school today. Meet me by the Old Hickory Tree, after classes, okay?”

All Coleen did was nod her head to let Penni know that she heard her; she couldn’t risk getting into trouble again. “I wonder what she needs to talk to me about. Hopefully it’s nothing too pressing.” Her thoughts turned to the place where they were set to meet.

The Old Hickory Tree has been their meeting place for years now.  Many others used this tree though too. It was where young couples had their first kiss or a jungle gym for little boys. This tree meant a lot to the kids of Gate Way Orphanage. When Coleen and Penni were younger, they carved their initials into the tree, to symbolize their never-ending friendship. Back then they were only seven and eight year olds, but so far the promise they made to each other has stuck.

“Let’s carve the letters of our names into the tree, to show that we are best friends forever,” said a young Penni Joy seven years of age.

“I’m going to sneak into the kitchen and get a knife. I’ll be right back, I promise.” a demanding Coleen Harper said at just eight years old.

She made a beeline right to the kitchen and as she had promised and was back in less than five minutes. As they engraved their initials into the trunk of that aged hickory tree, they recited a pledge of friendship that they wrote together…

“As we carve our names, we recite this pledge, to always be friends, no matter how far away we might be. We will forgive and forget all the bad times and help each other when times are tough. This is our pledge, and we take it to heart.”

Coleen was brought back from her reverie by the voice of their Math teacher, Miss Jane Easter.

Penni walked up to the board, grabbed a piece of chalk and wrote “eleven” into the blank space.

“Yes, you certainly are Penni. You can go back to your seat now. “

As Penni walked back to her seat, she saw Skip looking at her with a great, big smile on his face. She noticed something that she had not before; he had a beautiful, handsome smile. Why had she not seen it before? She was greatly puzzled by this, but quickly dismissed the thought from her head and took her seat.

Penni and Coleen had every, single class together. It was difficult for her to see Penni every minute of the day. Her conscience was being eaten away by all the guilt she had, wondering if she was the cause to Penni’s absentmindedness today.

Coleen was going to tell her about Mark, she just didn’t have the heart to say anything to her just yet, but what if she heard it from someone else? She couldn’t bear to think what she must be going through if this was indeed the topic she wanted to discuss with her.

Their day started out with breakfast at eight, and then their first class is History with Mr. Peter Summerset at nine. Then at ten it is Math with Miss Jane Easter, following that is English with Mr. James Oxford. They have their lunch break next at noon, then Science at one o’ clock with Mr. Collin Alley, Creative Writing with Miss Pearl Baton at two o’ clock, and then Language at three with Miss. Fawn Jackson. Dinner is served promptly at five and lights out is at nine-thirty, then the schedule starts all over again, Monday thru Friday.

The meanest old woman in the world, well by all of the kids’ view, runs the whole orphanage. Her gray hair always done up in a bun, with the same black dress with white trim around the neck, arms and across the bottom on every day with matching white stockings. Her name is Ms. Sherie Baton. She is the aunt of the very sweet Miss Pearl. Some of the kids wonder how someone so nice and petite could come from the same family line of someone so irritable and plump.

The hours had passed quicker than Penni had expected.  Before she knew it, it was time for supper. She walked into the dining hall and took her usual seat by Coleen. Miss Pearl blessed the food as she had this morning, and everyone started eating their ham and bean soup.

“Everything is so precise and structured,” Penni thought to herself. “I’m getting kind of sick of it.”

She must have said that last part aloud because Coleen looked over at her and said “Sick of what Penni?”

“Oh nothing really, I’m just talking to myself.”

“Very well then, you better get to eating if we want to go out to the Old Hickory before dark to talk.”

“I almost forgot all about that! Thank you Coleen.” Penni thought back to the conversation she had overheard earlier that morning, and felt empty inside, despite the food now filling her stomach. “You better hurry too.”

Both Penni and Coleen forced all of their food down their throats in record time. They were the first ones done out of everybody in the orphanage. Penni took both her plates as well as Coleen’s and put them away, and started towards the door. Skip looked up just in time to see the two girls exit the hall, and hoped things were going to be okay. Silence occupied their lack of conversation as they walked out together towards the Old Hickory Tree.

So, what were your thoughts? I’d love to hear them (good or bad) in the comments below! 🙂 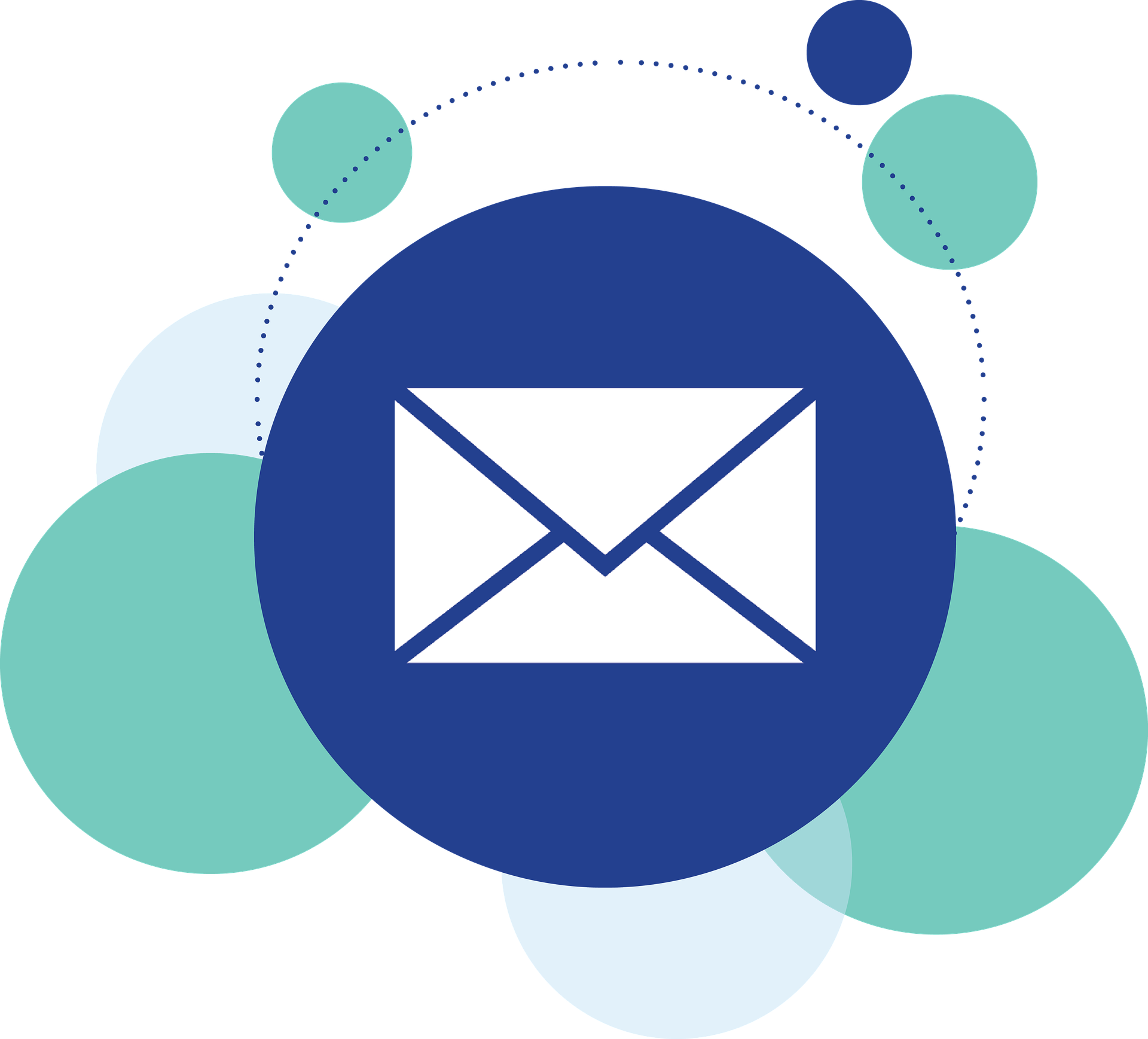 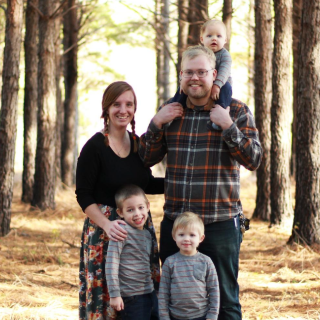